Whether you’re a current resident or
business or are interested in joining or helping
our community, HEDC is here for you. 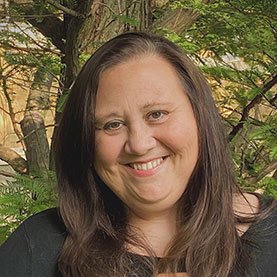 Stephanie Harling became the founding Executive Director of Havenwoods Neighborhood Partnership in 2001 and in 2003 founded Business Improvement District 31. She brings to the position over 25 years of nonprofit management experience.

Stephanie manages the daily operations, creates the revitalization strategies, and works to bring new resources to the organization and the community as a whole. In addition to her role as the Executive Director, she is responsible for two Business Improvement Districts including BID 31 and BID 19. She supervises business assistance programming, and works to recruit and retain new businesses in BID 31 and BID 19.

Born and raised in the City of Milwaukee, Stephanie has held numerous leadership positions in local civic organizations including the South Shore Farmers Market and the Bay View Neighborhood Association.

Stephanie holds a B.S. and a M.S. from the University of Wisconsin-Milwaukee. 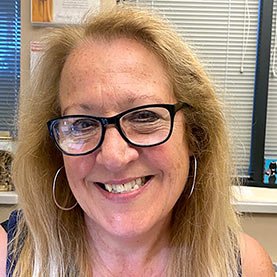 Elizabeth Hammer has been a resident of Milwaukee’s northwest side her entire life and, alongside her husband Gordon, has raised their three children in the Havenwoods community.

Liz’s focus within HNP is to energize residents that are committed to improving their neighborhood. Her dedication to our community has resulted in an increase in block watches, a decrease in crime, attracting quality landlords, and helping home owners better access city services, elected officials and network with other block watch groups. 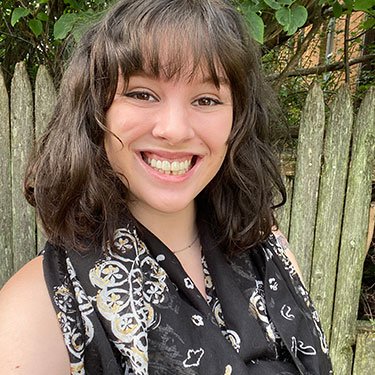 Katlin Hahn is a resident of the Havenwoods community, and is the newest member to the Havenwoods team. She oversees the Havenwoods Street Keepers Crew made up of young adults growing their personal and professional development. They provide care for the neighborhood – picking up litter, maintaining our public spaces, and inviting residents to get involved with local activities and events!

Katlin holds a B.A. in Psychology and has a background working with those who have experienced domestic violence, sexual assault, mental health conditions, and homelessness.

You can find Katlin regularly traveling around the neighborhood in the Street Keepers van. If you do, stop by and say hello! 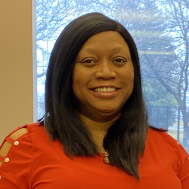 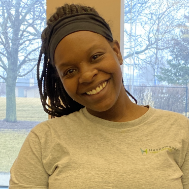 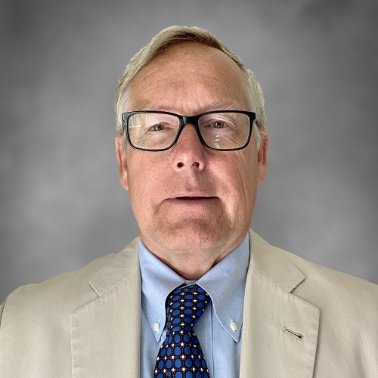 Steve is President of Hentzen Coatings, Inc., a company that develops and manufactures specialty paints for the defense, aerospace and protective coatings markets. The company, headquartered in Havenwoods, has been owned and operated by the Hentzen family since it was established in 1923. He is a founding board member of the Havenwoods Neighborhood Partnership and Milwaukee BID No. 31, and currently serves, respectively, as President and Chair of those entities. He is also a board member of the American Coatings Association. 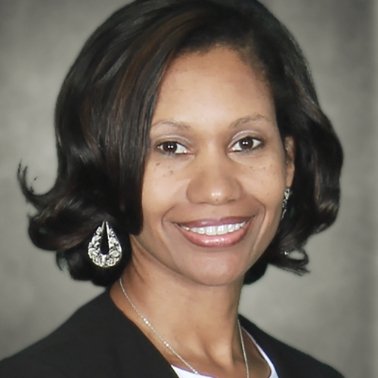 Angela Walters is a licensed real estate broker with EXP Realty & over 14 years of experience. She is a board member with the Greater Milwaukee Association of Realtors (GMAR), and holds an Accredited Buyer’s Representative (ABR) designation.

Angela is also an experienced investor and property manager. She is a graduate of the ACRE (Associates In Commercial Real Estate) Program, a member of Take Root Milwaukee and former chairperson of its Resource and Oversight Committee. Angela holds a Bachelors of Science degree in Business and Computer Systems from the Milwaukee School of Engineering (MSOE). 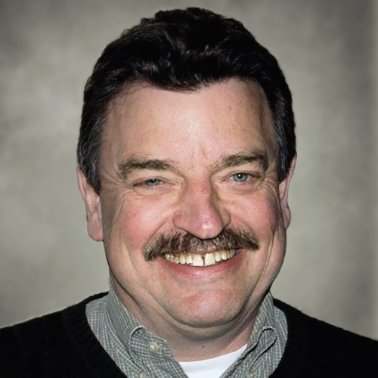 Jim’s list of accomplishments and career of service is long. He’s been the Project Manager for the Community Building Milwaukee initiative at Wisconsin Community Services since its beginning in August 2013. He’s worked or served in various capacities with Milwaukee Succeeds, the Greater Milwaukee Foundation, Silver Spring Neighborhood Center and the Northwest Side Community Alliance. In addition to serving on the board of the HNP, Jim was a founding board member and past president of the United Neighborhood Centers of Milwaukee. 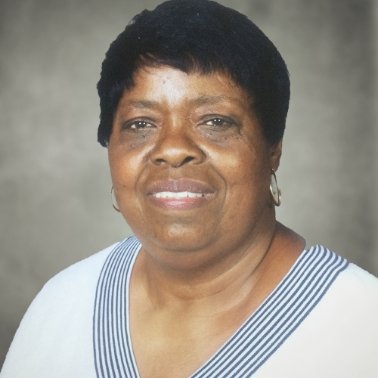 Barbara Thompson has been a resident of the Havenwoods neighborhood for the past 24 years. Barbara is retired from 32-1/2 years of service with Master Lock Company. Serving as an active union executive board member as well as a volunteer for the United Way of Greater Milwaukee, Barbara brings to the HNP Board years of volunteer experience. Her new role is to help keep Havenwoods a safe place to live and showcase it as a desirable location for families and businesses to grow and flourish. 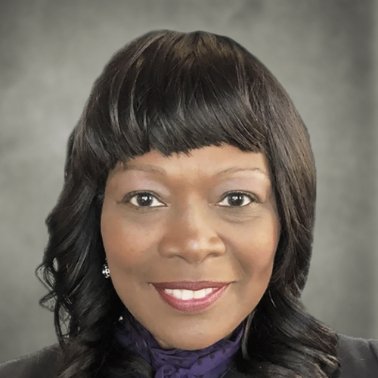 Sharon R. Jordan is the Community Relations Director for Direct Supply. Sharon is responsible for aligning Direct Supply’s corporate citizenship initiatives with the company’s mission, principles, and values. She coordinates company, volunteer, and community resource management, develops and identifies volunteer programs that engage Direct Supply Partners in the community, assists in linking service-learning activities for Senior Management, and serves as a liaison for local government and neighborhood relations.

Sharon is committed to the City of Milwaukee and lives her life’s work via the words of her favorite African Proverb, “If you think you’re too small to make a difference, try sleeping in a closed room with a mosquito.” 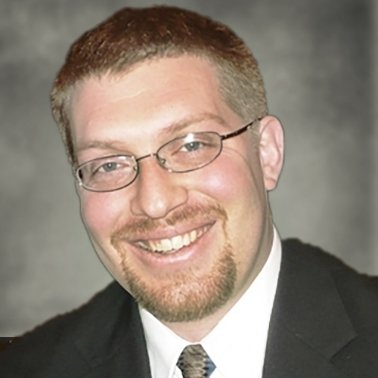 After graduating from Wisconsin Lutheran Seminary, Pastor Christian Winkel was assigned to Redemption Lutheran Church in May of 2003. Since then, Pastor Winkel has been a leader in faith and a consistent and visible presence in the Havenwoods Community. As a homeowner and a community partner in the Havenwoods community he is a founding Board member of the Neighborhood Improvement District. 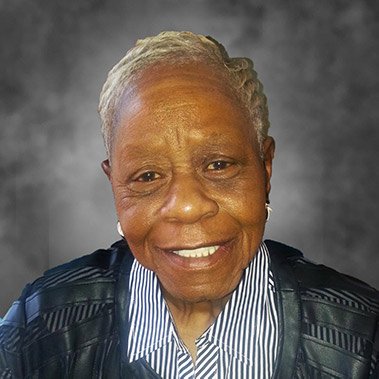 Vera is president of AREV Training Consultants, LLC and has been a member of the HNP since 2018. 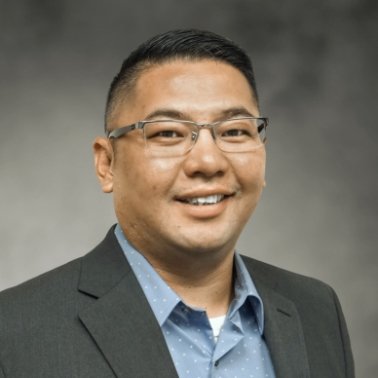 Yuli Her is the Business Development Coordinator for Hmong Wisconsin Chamber of Commerce, Realtor for Homestead Realty Inc., owns and operates Her REI Enterprise LLC for Real Estate Investments, and Secretary Treasurer for Hawj Association of Milwaukee.

Her has lived in Milwaukee since 1998, growing up in the Havenwoods community. Yuli Her is skilled in community engagement, business development, real estate, and networking.

Steve is President of Hentzen Coatings, Inc., a company that develops and manufactures specialty paints for the defense, aerospace and protective coatings markets. The company, headquartered in Havenwoods, has been owned and operated by the Hentzen family since it was established in 1923. He is a founding board member of the Havenwoods Neighborhood Partnership and Milwaukee BID No. 31, and currently serves, respectively, as President and Chair of those entities. He is also a board member of the American Coatings Association. 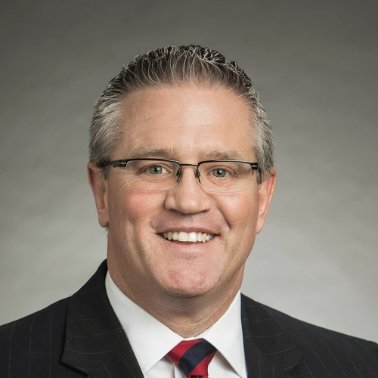 David M. Mitchell, President of Vector Technologies, joined the company in August of 2016. Mr. Mitchell has more than 27 years of experience in business-to-business industrial sales and management. In addition to serving on the board of Business Improvement District (BID) #31 for the last 6 years, he chairs the Manufacturing Industry Advisory Board for the City of Milwaukee, and serves on the council of the Workforce Investment Partnership Committee for the State of Wisconsin. Mr. Mitchell is a graduate of Purdue University. 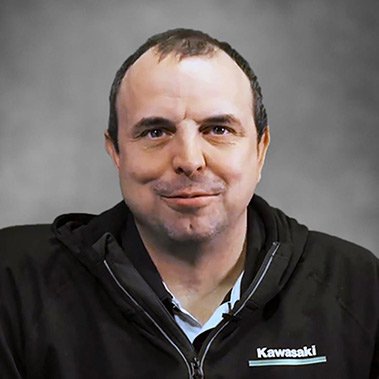 John is CEO of Southeast Sales Powersports, a company that sells new and used motorcycles, ATV’s, watercraft, scooters, power equipment and utility vehicles nationwide. They have a full parts and service department. They are headquartered in Havenwoods, has been owned and operated by the Erdmann family since it was established in 1964. He is a board member of the Havenwoods BID No. 31. He is also the board chairman on the Kawasaki Motors USA Dealer Council. 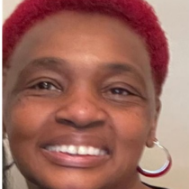 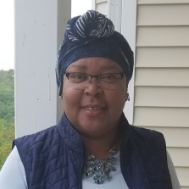 Ruth Moore is the Resident Engagement Committee Chair. The RE Committee is responsible for providing entertainment activities for families, youth and seniors.

Ruth is a retired para-educator of Milwaukee Public Schools. Ruth continues to work and volunteer her time with youth crafting, cooking and gardening through the YMCA and other youth centers around Milwaukee.

Ruth and her family, Dean and Deanna, have lived in the Havenwoods area for 29 years. She enjoys meeting and encouraging neighbors to participate in Block watch meetings and participation NID #9. 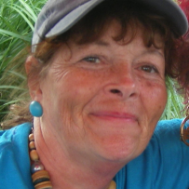 Rose Sandrone has truly worked, lived, played and raised her family in the Havenwoods area for nearly 50 years. She was a member of the Choice Neighborhood Initiative Committee for the renovation of Westlawn. She serves on the grant approval committee for the Milwaukee’s Community Connections Small Grants Program, helps manage the annual Bloom and Groom event.

She decided to remain in her community rather than to relocate and as she always said about the neighborhood – “don’t move, improve.” She invites you all to join her and to get involved and to go out and meet your neighbors. 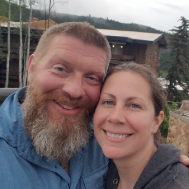 Pastor Christian Winkel serves Redemption Lutheran Church on 68th and Silver Spring. He and his wife, Bethany have lived in the neighborhood since 2003. They love being a part of the community where they raised their 4 children, and you may see them walking through the neighborhood with their 2 dogs. 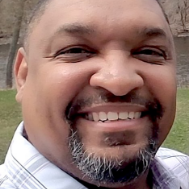 Gregory Slade Sr. is not only a resident, he is a landlord and property investor as well. Greg has been volunteering his time to communities since he graduated from M.A.I.D. back in 1997 Teaching various types of youth art related classes through various youth organizations. For the past 10 years he has been working with the NPD & the NID on a number of projects and committees. 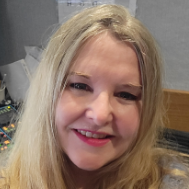 Doni Slade has been a resident of Havenwoods Neighborhood for more than 22 years. She started serving her community as a foster-parent for 11 years. During that time she helped severe as one of the Havenwoods Neighborhood Partnership committee members to form the Neighborhood Improvement District (NID#9). Doni brings her 34 years of television media experience to the committee. She continues to serve the NID as an active member of the Resident and engagement committee. 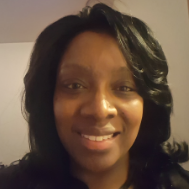 Gloria Blackmon has lived in the neighborhood for over 5 years. She recently joined the NID and is on the resident engagement committee. Gloria’s goal is to help serve the community. 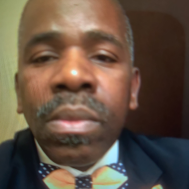 My name is Ricardo Roberts, married to my wife Annette for 33 years. I have been a resident in the NID for over 30 years.

Currently I’m the treasure of the Board, a position I’ve held for 2 terms.

I also work as an Accountant Assistant at Milwaukee College Prep and a supervisor at one of 4 Pro shops for the defending NBA World Champion Milwaukee Bucks.

Dawn Anastasi has been a resident of Milwaukee’s northwest side for over a decade. She contributes to the area through annual neighborhood clean-ups, and attends monthly meetings for KANDO (Kaul Avenue Neighborhood Development Organization) that include discussions with the local Community Liaison Officers. Dawn has been a board member for the Havenwoods NID since 2020.

View a map of the NID HERE.